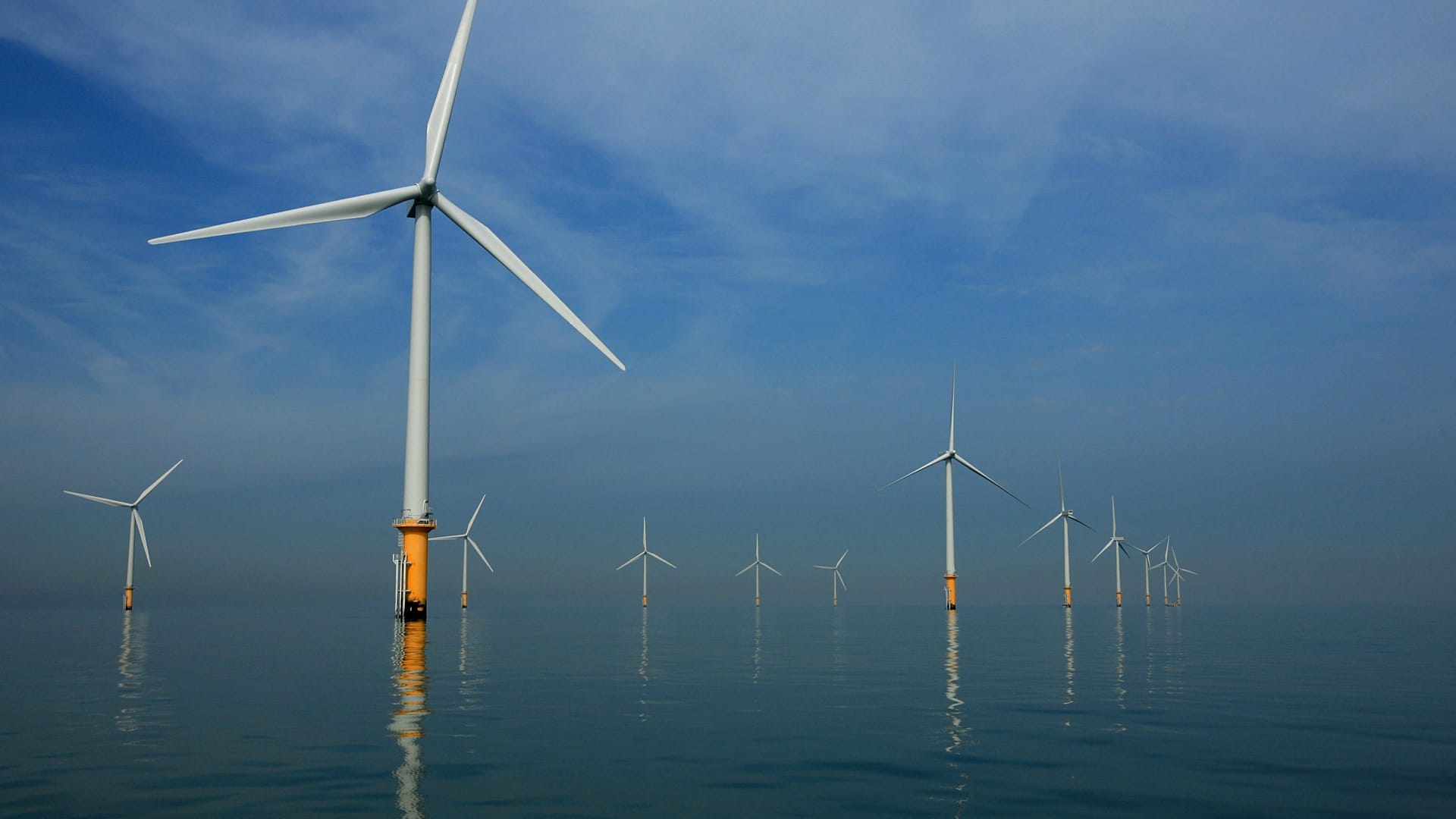 In addition to increasing nuclear power, the British Energy Security Strategy envisions up to 50 gigawatts of offshore wind and 10 gigawatts of hydrogen – half of which will be the so-called green hydrogen – envisaged by 2030.

The UK government has detailed its long-awaited, “bold” energy security strategy, but critics have ridiculed its inclusion in fossil fuels and what they see as a lack of ambition.

In a release on Wednesday, the government announced “major acceleration of indigenous energy in Britain’s plan for greater power independence”.

The plans – known as the British Energy Security Strategy – meant more “cleaner” and “affordable” energy would be produced in Great Britain, the government said, because the country wanted to “increase long-term energy independence, security and prosperity.”

The government is now targeting 24 gigawatts of nuclear power by 2050, which it says will represent about a quarter of the country’s projected electricity demand. The technique can make up to eight reactors.

In addition to nuclear, the plans include up to 50 gigawatts of offshore air and 10 gigawatts of “low carbon” hydrogen power, at least half of which will be the so-called green hydrogen, by 2030. The government also said that solar power could be set. Five-fold increase by 2035, up from 14 gigawatts today.

When it comes to coastal winds – a divisive issue for Prime Minister Boris Johnson’s Conservative Party – the government said it would “consult on developing partnerships with a limited number of supportive communities who want to host new coastal wind infrastructure in exchange for guaranteed low energy bills.”

However, in a move that has sparked outrage among environmentalists, the government has said its strategy will “support domestic oil and gas production in the near term”, including a licensing round of new oil and gas projects in the North Sea. For this fall launch. The government has claimed that its strategy could result in 95% of Great Britain’s electricity being “low carbon” by 2030.

“The simple fact is that the more we produce cheaper, cleaner energy within our borders, the less we will focus on the price of fossil fuels that we cannot control in the world market,” said Quasi-Quarteng, the country’s trade and energy secretary. , Said.

“Cheap renewable and new nuclear scales, while maximizing North Sea production, are the best and only way to ensure our energy independence in the years to come.”

The revelation comes at a time when Russia’s invasion of Ukraine has raised concerns about energy security. Russia is a major supplier of oil and gas, and its actions in Ukraine have led to attempts to reduce its dependence on several economies.

In response to the attack, the United Kingdom said it would “gradually phase out Russian oil imports” – which would meet 8% of its total oil demand – by the end of this year. Russian natural gas, the government says, has made up “less than 4%” of its supply, adding that ministers are “exploring options to reduce it further.”

Business Secretary Quarteng was enthusiastic about the strategy and its possibilities, the plan was annoyed by some quarters.

“It fails as a strategy, because it doesn’t do the most obvious things that will reduce energy demand and protect families from rising prices,” said Danny Gross, an energy advocate for Friends of the Earth.

“Deepening the UK’s renewable reserves is the surest way to meet our energy needs – not the foolish gold of fossil fuels.”

While the acceleration of offshore wind development is “welcome,” Gross said ministers need to “go further and make the most of the UK’s vast coastal wind resources.”

Meanwhile, Lisa Fisher, program leader of the Climate Change Think Tank E3G, argued that the future of the North Sea lies in renewable energy rather than oil and gas.

“A push for offshore winds is welcome, but taking oil and gas at the same time as an affordable and clean energy will act as a pull on the UK’s leap towards the future,” he said.

The British Energy Security Strategy is being published in the same week that the Intergovernmental Panel on Climate Change released its latest report.

“Limiting global warming will require major changes in the energy sector,” the IPCC said in a press release. “This will significantly reduce the use of fossil fuels, massive electrification, improved energy efficiency and the use of alternative fuels (such as hydrogen).”

Commenting on the report, UN Secretary General Antonio Guterres did not take any action. “Climate activists are sometimes portrayed as dangerous radicals,” he said. “But the real dangerous radicals are the countries that are increasing the production of fossil fuels.”

The same month Guterres warned that the planet had emerged from “last year’s COP26 summit in Glasgow” with “an innocent optimism” and was “sleeping on the brink of climate catastrophe”.