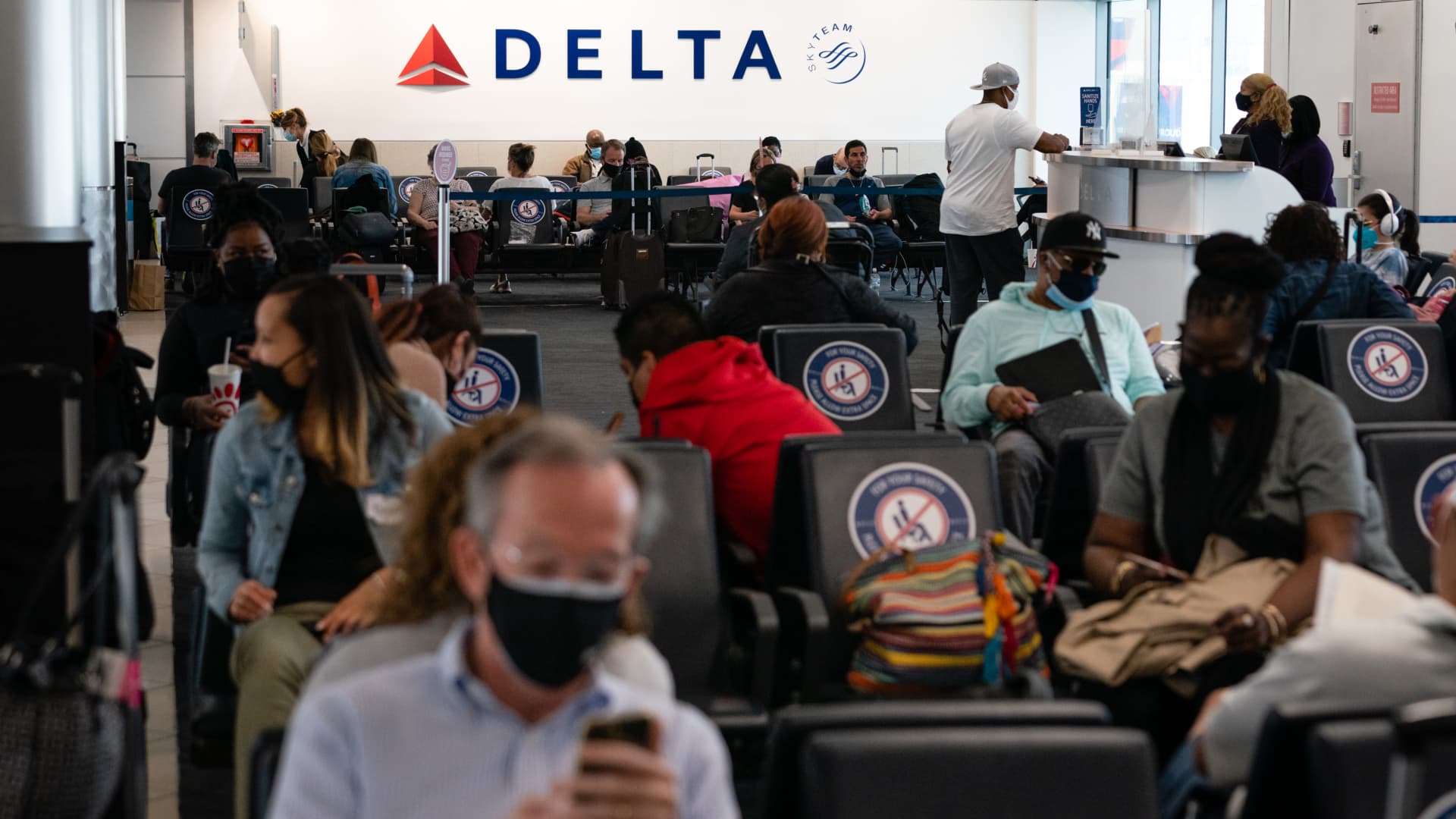 Henry Ting, chief health officer at Delta Airlines, said he believed the federal mask mandate for airports and airlines would be lifted “on or after April 18”.

Speaking at CNBC’s Healthy Returns event on Wednesday, Ting said he did not know if the April 18 order would come down, adding that the CDC, TSA and the White House were all “watching it closely” and would “provide a roadmap.”

“We have always known from the outset of the epidemic that all restrictions should be lifted as soon as it is safe to do so,” said Ting. “

Ting, a renowned cardiologist who was named Delta’s first chief health officer in January 2021, said that during the epidemic, the airline’s efforts to ventilate, clean and cover the area resulted in “an outbreak that could be attributed to a flight.”

The United States increased the requirement to wear masks on planes and airports, as well as on buses, trains and other modes of transport, until April 18, before the March 19 deadline. The Biden administration initially issued the Mask Mandate Order shortly after the President took office in January 2021, and has since extended it repeatedly. Under President Trump, there was no official order around the mask, but airlines, including Delta, issued their own mask requirements as the epidemic began in the spring of 2020.

The airline industry has been lagging behind in recent months against further expansion of the mandate. On March 23, Delta CEO Ed Bastian, along with CEOs of American Airlines, Alaska Air Group, Hawaiian Airlines, JetBlue Airways, Southwest Airlines, United Airlines and others, sent a joint letter to Biden stating that ” Exclude the Kovid-era transport policies, “which include the mask mandate at airports and airports.

“We have entered a different phase of dealing with this virus. We strongly support your view that COVID-19 no longer has to control our lives,” the letter said. The CEOs also called for the removal of international pre-departure testing requirements for U.S. domestic passengers.

Ting said the CDC is aware that airports and planes are “really the last place where masks are still needed” and added that “in the rest of America you can go to restaurants, churches, sports venues, where masking is optional.”

He noted that over the past two years, compliance and enforcement of these rules have had an impact on both Delta staff, flight attendants and crews. According to the Federal Aviation Administration, the record of irregular behavior of airline passengers in 2021 was linked to disputes over the mask mandate, accounting for more than 71% of the 5,981 reports.

“It’s been two years that has been difficult for our people,” he said. “This is the last area where I think the CDC is looking at when it’s safe to have an exit ramp and lift the mask mandate.”