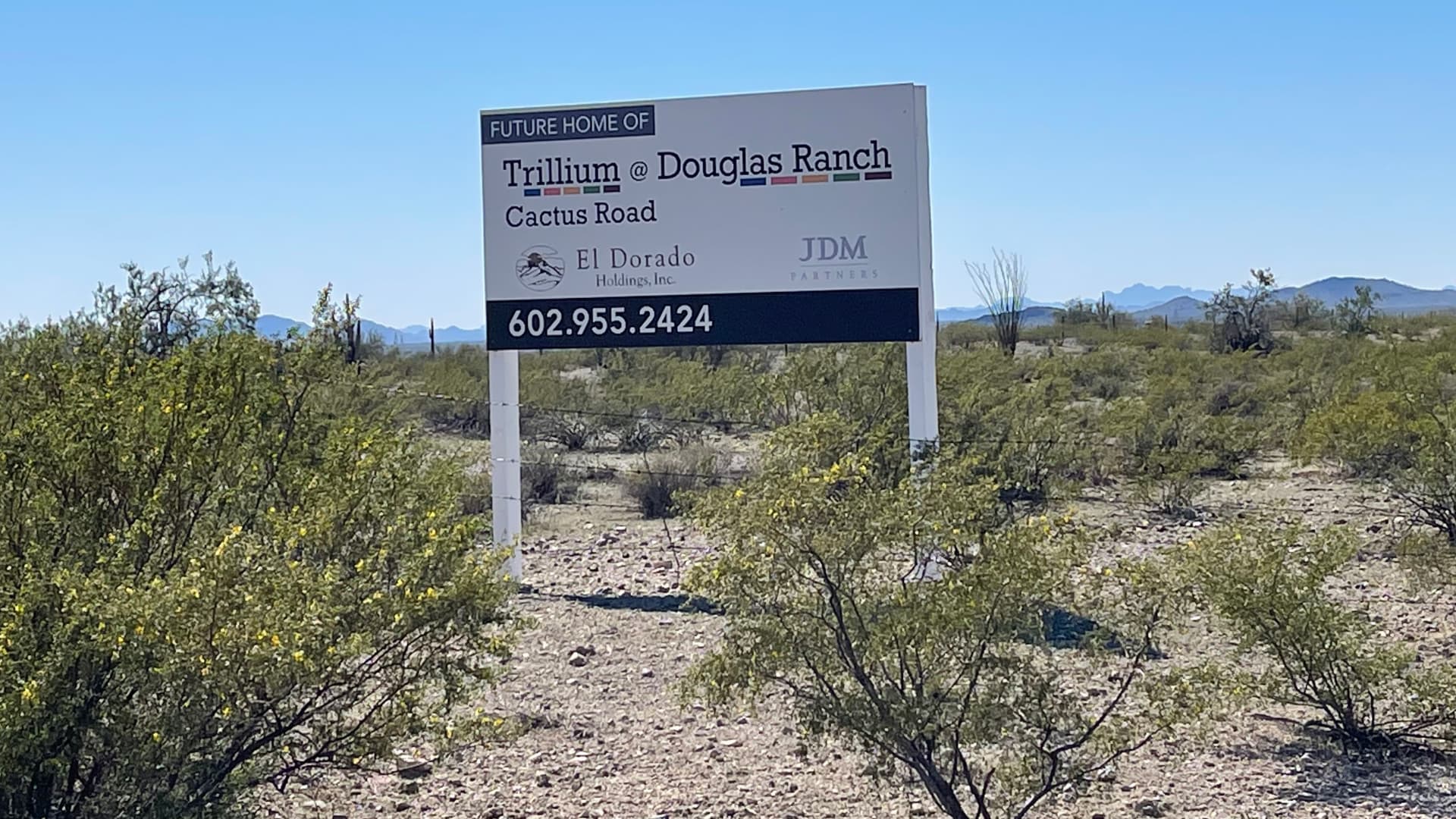 California has just experienced its driest January and February and snowpacks are dangerously low. As the western drought enters its third year, water sources are drying up, and restrictions on the Colorado River are now hitting all sectors of the Western economy, including housing.

Where there is a lack of water, there is also a lack of housing. The United States currently needs more than one million more homes to meet current demand, according to an estimate by the National Association of Home Builders. Other estimates are even higher. When the Millennium Generation hits its main home buying years and enters General Z Maidan, the supply of homes for sale is record low. Builders are hampered by high costs for land, labor, and materials, so they focus on areas west and in suburbs like Phoenix, Arizona, which are growing rapidly.

Just west of Phoenix, on vast tracts of land in the heart of Arizona, Howard Hughes Corporation is developing Douglas Ranch, one of the largest master-planned communities in the country, flooding the desert with housing.

David O’Reilly, CEO of Howard Hughes, says water will not be a problem.

“Every home will have low-flow fixtures, national desert landscaping, drip irrigation and restoration systems,” he said. Not our property, but the whole region. “

The community is estimated to have more than 100,000 homes, bringing in at least 300,000 new residents. According to the Howard Hughes Corporation, large public builders such as Pulte, Taylor Morrison, Lenner, DR Horton and Toll Brothers have already expressed interest in building homes.

And it’s just one of more than two dozen developments in the vicinity of Phoenix, as the West is in its worst drought in more than 1,000 years.

Kathleen Ferris, a senior water research fellow at Arizona State University, said, “We expect the area to grow to one million people. And there’s no water to sustain that growth. Not with groundwater.”

Ferris made a documentary about the state’s 1980 groundwater management law. For this, the developers have to prove that the soil they are building on has water worth one hundred years. Douglas Ranch sits on the Hasayampa Aquifer, which will be the primary source of water.

“And the problem with climate change is that there is no backup water supply that you can use to save a development based entirely on groundwater. If it loses all its water supply, it has no water to back it up,” Ferris said.

Mark Steppe is director of the WP Carey School of Business at Arizona State University’s Real Estate Development Program. He pointed to various reservoirs that could replenish groundwater, but acknowledged that there were still risks due to the sheer scale of development.

“I would say that we have a legitimate concern about the future, and policymakers are very aware of this,” Stap said.

O’Reilly argues that current housing needs have outpaced future concerns that may be unfounded.

“I don’t think the answer is to tell people who are looking for an affordable home in Arizona, ‘You can’t stay here, go somewhere else.’ I think the responsible answer, the thoughtful answer, is to build their affordable home, but to build it in a self-sustaining way, “says O’Reilly.

A report from ASU’s Kyle Center for Water Policy last spring warned that the groundwater level in the Hasayampa sub-basin was significantly lower than regulators’ estimates, and that without changing that direction, “physical groundwater supply under Bouquet would be reduced and unsustainable.” It was further stated that the hundred-year-old model for groundwater is constantly changing, especially considering the changing climate. The state’s water resources department is in the process of determining whether the basin actually contains 100-year-old water.

“The bottom line is that in this state, there are places in this valley where there is an adequate supply of water for new growth. We don’t have to go to the desert and pump groundwater to build new homes,” Ferris said.

Land, of course, is cheaper in the desert, but Ferris argues, “Well, at some point there’s a cost to it.”