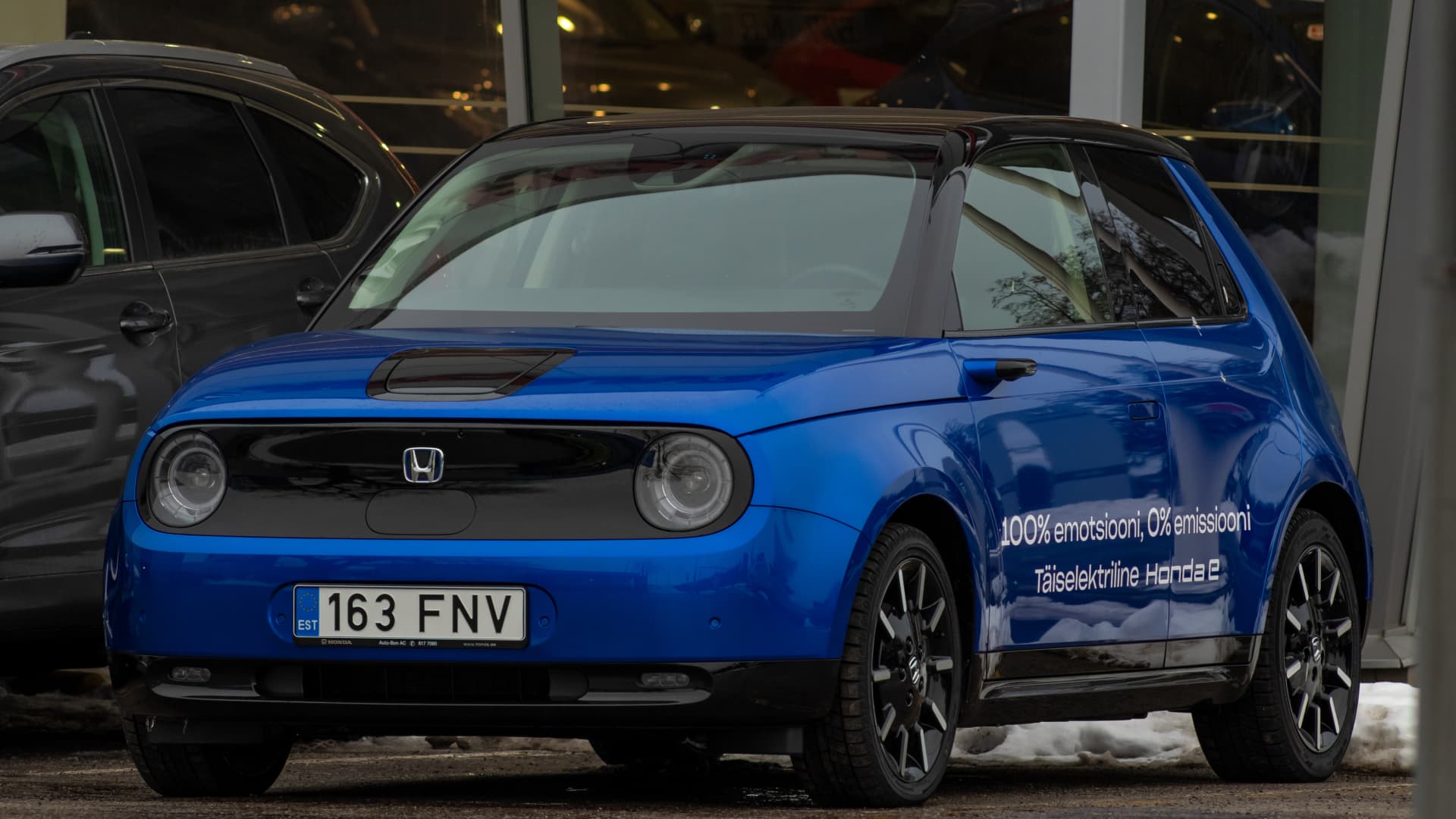 As several major economies seek to reduce the number of diesel and petrol vehicles on their roads, Honda and other carmakers are trying to develop electrification strategies that will allow them to stay competitive ahead.

Honda plans to invest about 5 trillion yen ($ 39.9 billion) in electrification and software technology over the next 10 years, with the Japanese automotive giant aiming to launch 30 models of electric vehicles worldwide by 2030.

In a statement on Tuesday, the agency said an estimated 3.5 trillion yen would go towards research and development spending, with 1.5 trillion yen focused on investment.

Honda says it will target more than 2 million units of EV production per year by 2030. Its total budget for R&D spending during this period will be about 8 trillion yen, or about $ 63.9 billion, it said.

When it came to production, Honda said it would set up “dedicated EV plants” in the Chinese cities of Guangzhou and Wuhan. The firm said it was “planning for a dedicated EV production line” in North America.

On the battery front in North America, the company will “collect ultium batteries from GM. Separately, in addition to GM, Honda is exploring the possibility of creating a joint venture company to produce batteries.”

Last week, Honda and GM announced that they would build a series of affordable electric vehicles based on a new global platform.

With several large economies to reduce the number of diesel and petrol vehicles on their roads in the coming years, Honda and other carmakers are trying to develop electrification strategies to enable them to comply with the new rules and stay competitive.

Last month, for example, Ford outlined plans to roll out three new passenger electric vehicles and four new commercial EVs in Europe by 2024, with the company saying it expects to sell 600,000 EVs per year in the region by 2026.

Elsewhere, BMW Group says it wants fully electric vehicles to represent at least 50% of its deliveries by 2030.

Such goals will put these companies in competition with Elon Musk’s Tesla, which produced more than 305,000 vehicles in the first quarter of 2022.

Another car maker with electrification plans is Mercedes-Benz, which previously said it would be “ready to go all-electric by the end of the decade, where market conditions allow.”

On Monday, the company held an ESG conference for analysts and investors. Among other things, it says it wants to meet more than 70% of its energy needs by 2030 with renewable energy.

It will achieve this by launching “solar and wind power” on its own sites as well as entering into more power purchase agreements.

In an interview with CNBC’s Annette Weisbach this week, Ola Calenius, chairman of the board of directors of the Mercedes-Benz Group, outlined some of the thoughts behind her company’s strategy.

“The good thing about investing in renewables, especially in areas with high yields, is that once you start working, you look at percentages per kilowatt-hour. Many of these options are less expensive than fossil-based energy.”