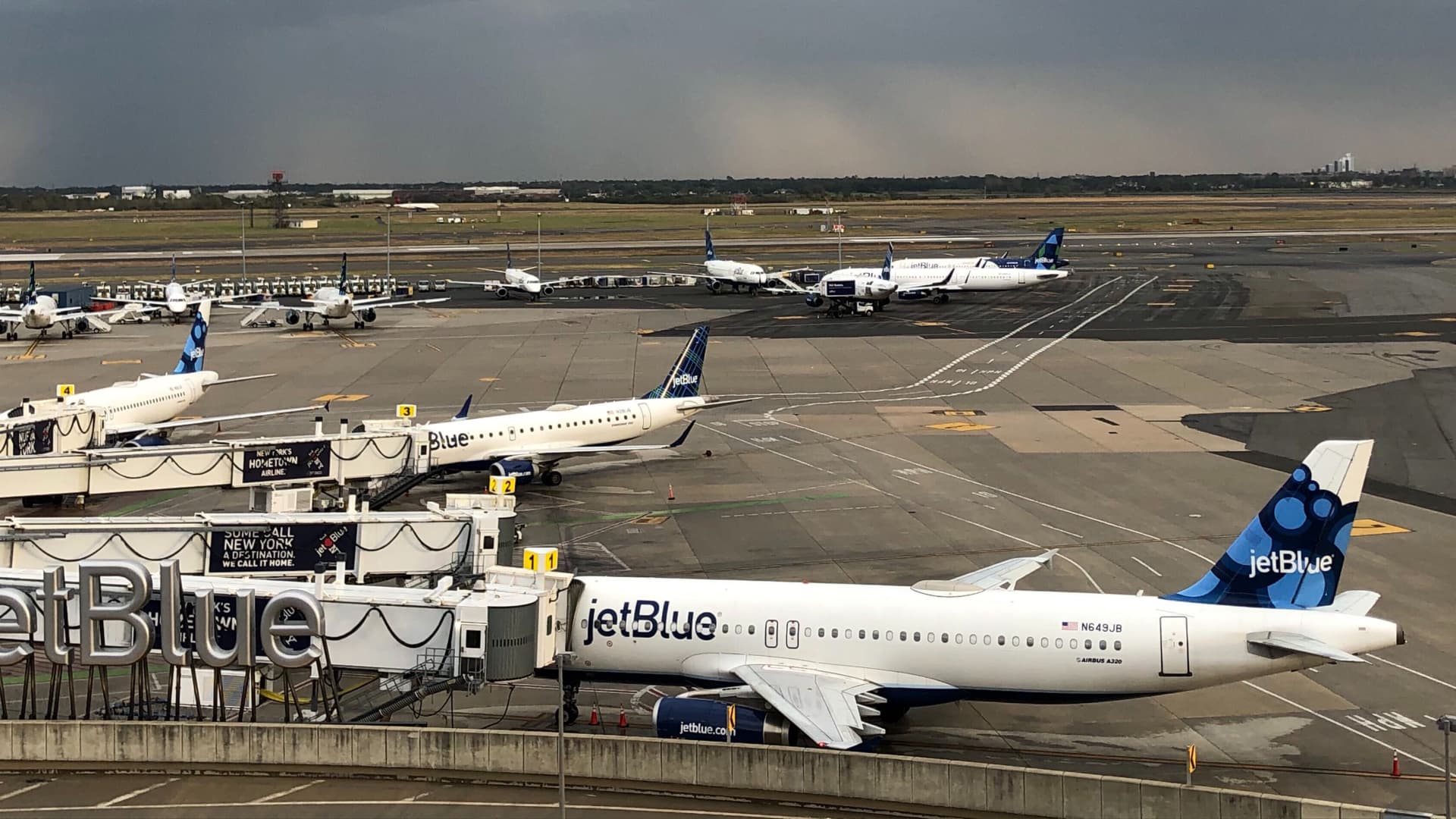 JetBlue Airways is planning to cut its summer schedule to avoid flight disruptions as it is shaking up to hire earlier than executives expect a giant peak travel season.

“We’ve already reduced capacity by 8-10% in May and you can expect to see similar power pulls for the rest of the summer,” JetBlue COO and President Joanna Geraghatti said in an email to staff on Saturday, which was seen by CNBC.

Airlines are shaking up staff to cope with a surge of passengers this spring and summer. Hundreds of flights were canceled and delays last summer contributed to staff shortages, and airline executives are looking for ways to avoid recurrence.

“Despite these challenges and, based on your response to the timetable that has become too tight, we know that reducing capacity now is the best plan,” Geraghati wrote. “I think everyone agrees that the industry is still very much in recovery mode, so we believe that this proactive move is the right decision.”

JetBlue did not immediately respond to a request for comment.

In his email, the jirga said the New York-based JetBlue has hired 2,500 people so far this year and still has a small staff. He added that the airline would share other measures to avoid disruptions with staff in the coming weeks.

“In the meantime, any and all ideas are welcome,” he wrote.