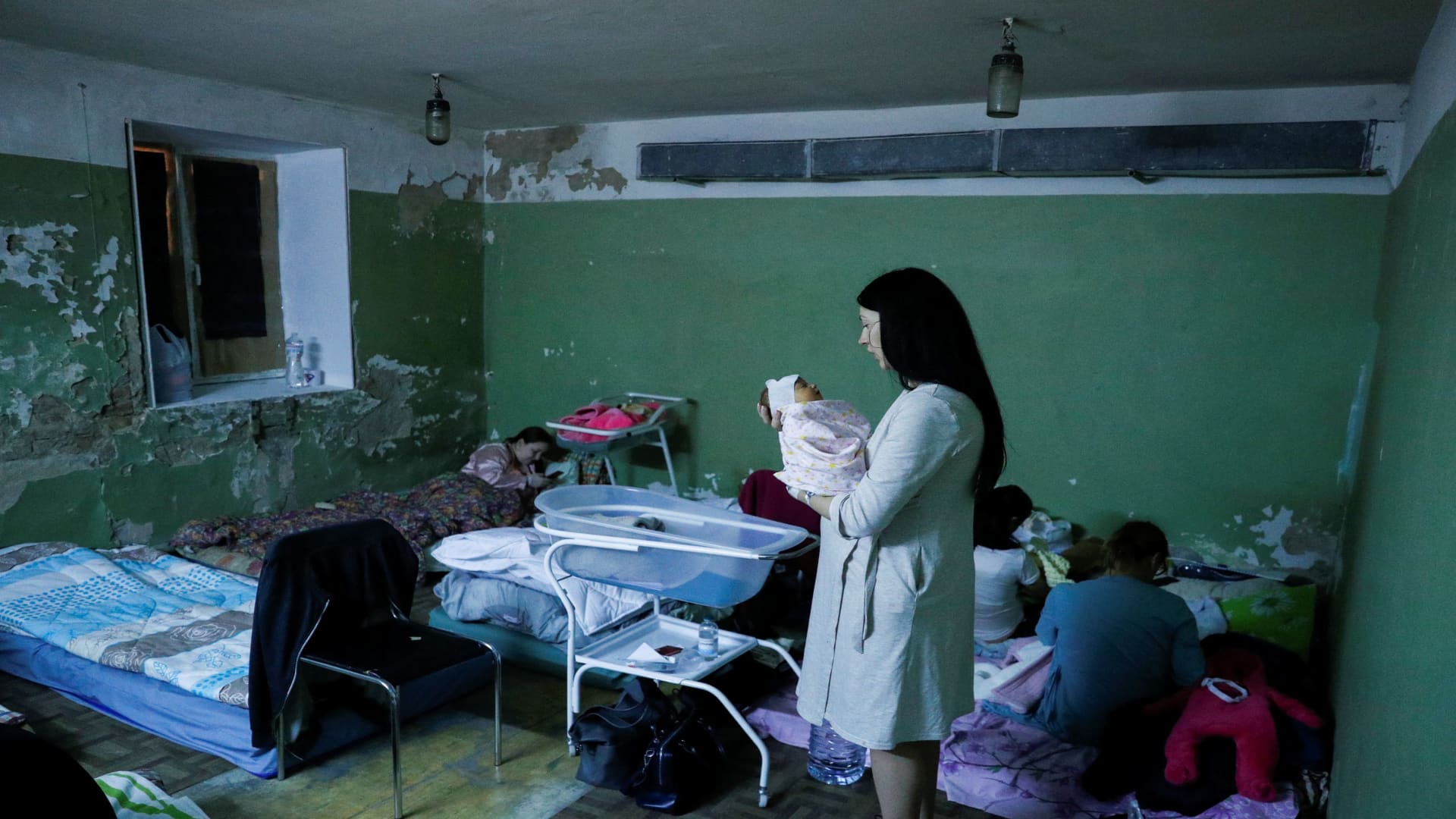 A mother holds her newborn baby in a bomb shelter at a maternity hospital in Kiev, Ukraine, on March 2, 2022.

The World Health Organization (WHO) on Thursday condemned Russia’s more than 100 attacks on transport facilities, including ambulances and healthcare facilities in Ukraine over the past six weeks – in violation of international humanitarian law.

At least 73 people were killed and 51 injured, including health workers and patients, according to WHO Director-General Tedros Adhanam Ghebresas.

“We are outraged that attacks on health care continue,” Tedros told a joint news conference in Washington. DC with US Secretary of Health Xavier Bessera in celebration of World Health Day. Tedros called the more than 100 attacks a “terrible milestone.”

“Peace is the only way forward,” Tedros said. “I urge the Russian Federation to cease hostilities.”

Tedros’s comments come on the 42nd day of Russia’s invasion of Ukraine, which has killed and injured hundreds of civilians, including dozens of children.

He outlined efforts by the WHO and the United States to “keep the health system in Ukraine”. This includes working with neighboring countries to support access to refugee care, and plans to provide 180 metric tons of medical supplies, more to the most vulnerable regions of Ukraine.

The total number of attacks is more than double what the WHO verified three weeks ago.