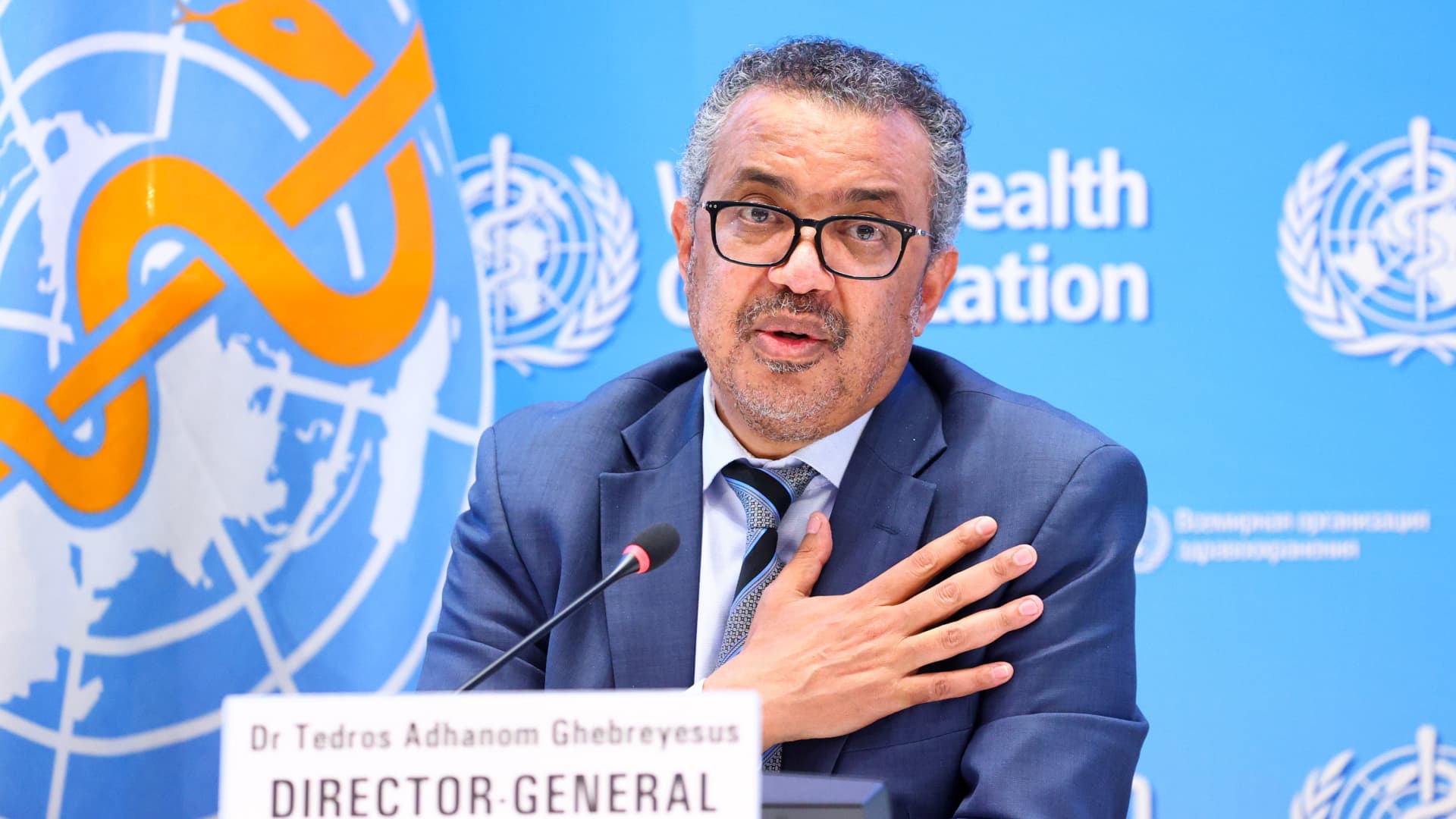 World Health Organization (WHO) Director General Tedros Adhanam Ghebreissus is speaking at a news conference in Geneva, Switzerland on December 20, 2021.

The World Health Organization (WHO) said on Wednesday that Kovid-19 remained a global public health emergency, although deaths from the virus had dropped to their lowest level since day one of the epidemic.

According to the World Health Organization, the world recorded more than 22,000 deaths from covid in the week ended April 10, the lowest level since March 30, 2020. On January 30, 2020, the WHO declared Kovid a global health emergency, more than a month after the virus first appeared in Wuhan, China.

WHO Director-General Tedros Adhanam Ghebreissas said the decline in Kovid’s death was good news, but that some countries were still facing an increase in the number of cases. Tedros said this week the WHO committee unanimously agreed that Covid remained a public health emergency.

Every region of the world is reporting declining cases and deaths, according to the World Health Organization’s latest epidemic update. The world recorded 7.3 million new infections for the week ending April 10, down 24% from the previous week and the lowest level since the highly contagious Omicron variant spread worldwide in late December.

However, the more contagious omicron BA.2 subvertens have also re-emerged in Europe, China, and the growing United States. Although Europe has largely emerged from its BA.2 wave, China is battling its worst outbreak since 2020. China has locked most of Shanghai, a vast financial center of 25 million, under lockdown.

The United States on Monday reported more than 30,000 new infections, up 20% from the previous week, according to the Centers for Disease Control and Prevention. However, infections and hospitalizations are still more than 90% below the peak of winter oscillation waves in the United States.

Hussein said the committee was working on criteria, including the level of international assistance for epidemiological information and the containment of the virus, to determine when the WHO could declare a global health emergency.