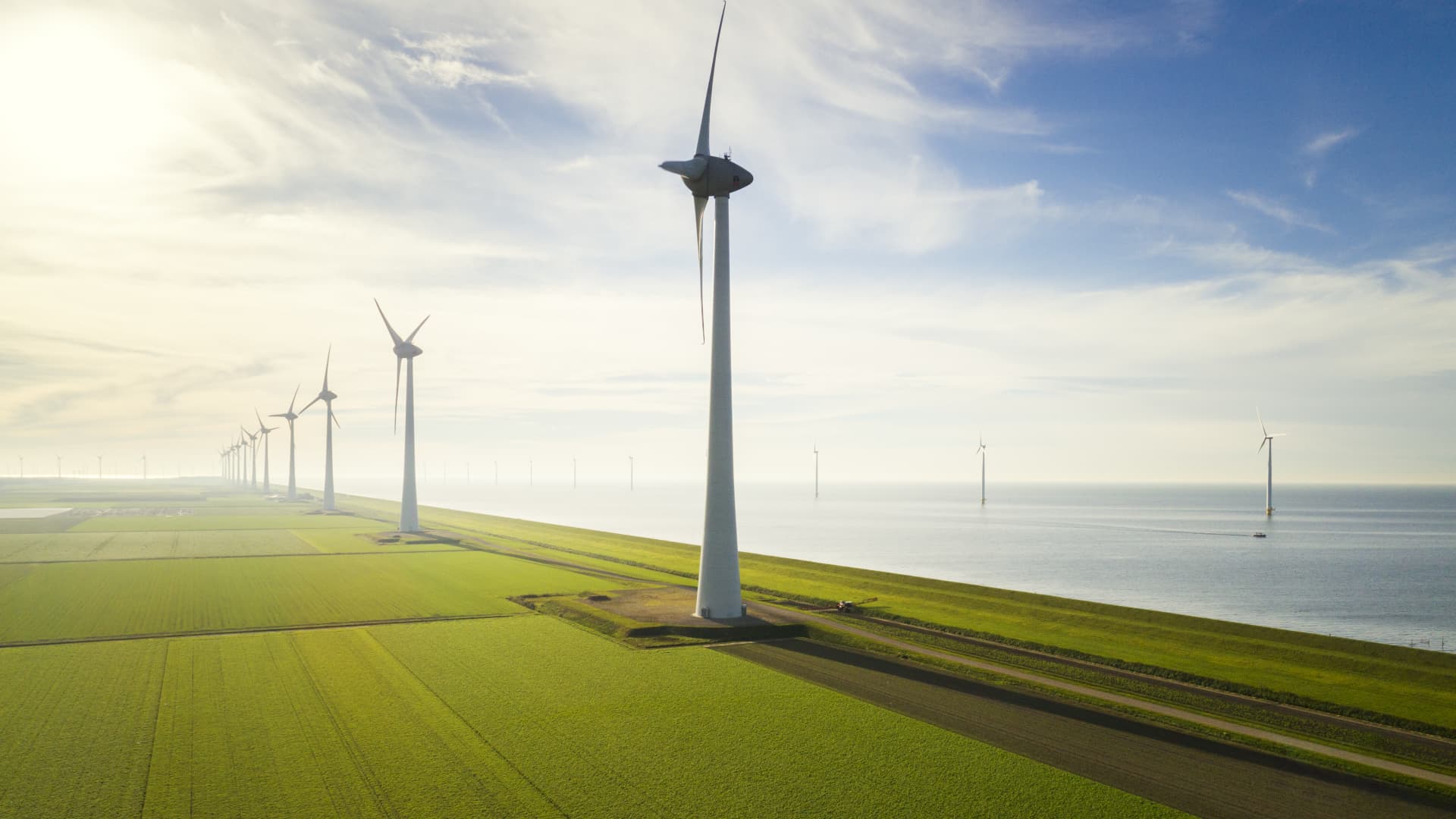 Photography of offshore and offshore wind turbines in Flavoland, Netherlands.

According to a new report from the Global Wind Energy Council, 2021 was the second best year for the wind power sector, but installations needed to increase dramatically to keep track of net-zero targets.

Released on Monday, GWEC’s Global Wind Report 2022 states that 93.6 gigawatts of power was installed last year, slightly less than the 95.3 gigawatts installed in 2020. Increasing capacity has increased to 837 gigawatts. Capacity refers to the maximum amount of electricity an electricity installation can generate, not what they are necessarily generating.

Breaking everything, the offshore wind segment installed 21.1 gigawatts in 2021, the best year ever. Installation in coastal air was 72.5 gigawatts last year, up from 88.4 gigawatts in 2020.

According to the GWEC – which includes companies such as Vestas, Orsted and Shell – China and the United States were the main drivers of the decline in coastal installations.

The United States installed 12.7 gigawatts of onshore power in 2021, down 4.16 gigawatts from 2020. GWEC pointed to factors including “COVID-19 and disruption due to supply chain problems” that have “slowed down project execution since the 3rd quarter of 2021.”

In addition to its data, the GWEC report also issued a warning and called for a significant ramp up in power.

“At the organization’s current rate,” it says, “GWEC Market Intelligence predicts that by 2030 we will have 1.5 degrees Celsius and less than two-thirds of the wind power capacity required for the Net Zero Pathway, effectively condemning our climate.”

The report later added that global wind power installations “would have to quadruple the 94 GW we set in 2021 by this decade to meet our 2050 target.”

Figure 1.5 refers to the Paris Agreement, which aims to limit global warming to “below 2, especially 1.5 degrees Celsius, compared to pre-industrial levels” and was adopted in December 2015.

According to the United Nations, global warming “should not be kept above 1.5 degrees Celsius … emissions should be reduced by 45% by 2030 and net zero by 2050.”

Among other things, Monday’s report from GWEC called for streamlining licensing procedures and “a strong international regulatory framework to combat increased competition for products and important minerals.”

In a statement Monday, Ben Backwell, CEO of GWEC, said, “A new, more proactive approach to policymaking around the world is needed to reach Net Zero and increase growth to the level needed to achieve energy security.”

“The events of the past year, which have seen economies and consumers around the world exposed to extreme fossil fuel volatility and high prices, are a sign of a hesitant and unpredictable energy shift,” Backwell went on to state.

He said Russia’s invasion of Ukraine “demonstrated the impact of dependence on fossil fuel imports for energy security.”

“The last 12 months should serve as a huge wake-up call for us to move forward decisively and switch to a 21st century power system based on renewable energy.”

Not surprisingly, companies like GWEC are calling for a ramp-up in renewables, but achieving any meaningful change in the planet’s energy mix represents a huge undertaking.

Fossil fuels are rooted in global energy mixes and companies continue to discover and develop oil and gas fields in locations around the world.

The same month, UN Secretary-General Antonio Guterres warned that the planet had emerged from last year’s COP26 summit in Glasgow with “an innocent hope” and was “sleeping on the brink of a climate catastrophe.”